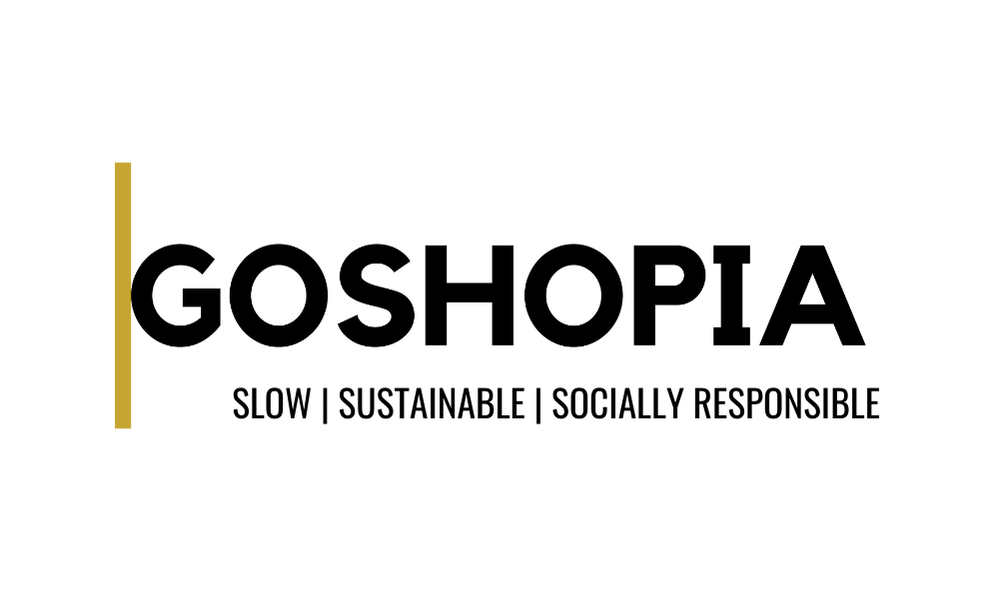 WOMEN´S DAY: WE ARE REMARKABLE 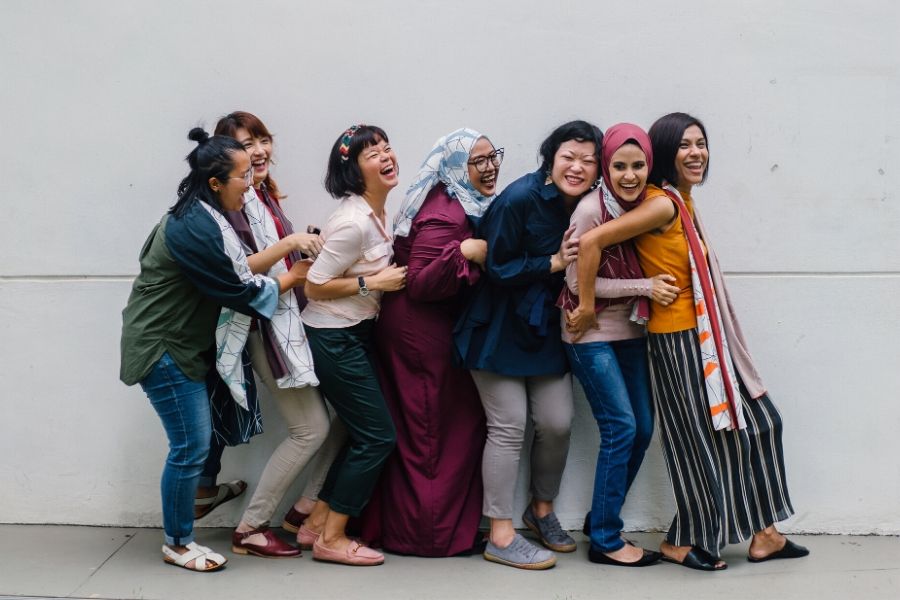 Today, the 8th of March, we celebrate International Women´s Day and it´s very important to join voices and keep talking about what it means. Women are half of the planet´s population. Imagine the amazing power it could bring to the economy, to the politics, to the environment, to the daily lives of our families if all of us would be equally empowered.

In the morning, I went to a very special event organized by Ana Olmeda, one of our Goshopia Ambassadors and a woman I admire for her courage and determination. It was called #IamRemarkable and was facilitated by Patricia Maroto. This is an initiative from Google that has been around for some years in other countries and finally has reached Dubai.

Google realized women within their staff were shying away from promotions and had a hard time sharing their achievements. Something though that was kind of natural for their male counterparts. The explanation is coming out of the mindset, education and even what we, as a society, expect to be acceptable. Stereotypes and prejudices are playing against us as women. Results are appalling: We are lacking self-esteem even in areas we master.

The session went on to explain and share some experiences we had. From being not taken seriously to see how your boss rather had a male taking over your position expecting you to train him “so well he will be able to do the job the same way you do it”. I sat down there and cried with some of the stories. Stories of sacrifice, stories of overcoming health, love, and work issues, stories of immense love to our families… These women are amazing. They are not only more than “enough”. They are much more than “a lot”.

Thanks to their sacrifices and their hard work their families are living better lives, able to start from scratch in new countries and have healthy, well-educated children that will, no doubt, make this Earth a better place.

I am proud to be a woman. To be working and serving with my business, my knowledge and my experience to other remarkable women. I know the hardships and struggles. I could relate to many of the ones shared in today´s session. And this is not a matter of “Us vs Them”. Men also suffer their lot. Feminism is about gender equality. Having the same rights whether you are born boy or girl. Many people think Feminism aims to have women ruling the world when in reality it aims to have the same opportunities.

AN IMAGE WORTH A THOUSAND WORDS

SO WHAT IS NEXT?

Today we celebrate International Women´s Day and it is true we have a lot to celebrate. There have been improvements regarding gender equality. But, the truth is that we still have a long way to go for this world to become a fairer place for all of us. It is a fact that in almost all countries, women remain a vulnerable group.

The fight is far from being over. But I love how we are able to conquer bit by bit. With no weapons but our words, and facts. Walking demonstrations and having the lawmakers and politicians understand where we stand. With the support of other women and men, like what happened when #metoo came out and reached the Red Carpet.

As an homage to the 8th of March and what it represents, I am writing together with my friend Rebeca Montalvo a bit about history. Little by little, and together, we can make gender equality a reality. Because this journey we do it hand in hand with our brothers, fathers, husbands, boyfriends, and colleagues.

SOME HISTORY ABOUT THE 8th OF MARCH By Rebeca Montalvo

Women’s day is a movement based on a sense of community. Since that day in 1857 in New York when women textile workers demonstrated against low wages and endless working hours, things have changed. Not enough though to say that we have reached equality in rights and conditions.

Our predecessors in this fight for equality kept raising their voices against men’s supremacy. Some years later women reached another milestone, women’s suffrage. The importance of developing a professional career and the idea of sharing the home duties was starting to be seen as normal. But it was only in 1975 the United Nations recognized the 8th of March as International Women’s Day.

Another remarkable date is 1909. That year socialists in the United States declared the last Sunday in February as National Women´s Day. There was a meeting that focused on equal rights and women´s suffrage. Charlotte Perkins Gilman, a lecturer for social reform, said “Women´s brains are not different than men´s. Women should be able to sidestep a stifling home life in favor of a professional career. It is true that a woman´s duty is centered in her home and motherhood. But home should mean the whole country and not only three or four rooms”. We know this kind of comment about our brains might sound offensive today. But back in the day, it was believed we were intellectually inferior. Thank God those days are gone!

We love the words of writer Chimamanda Ngozi “The purpose of feminism is to cease to exist.” She was the author of the famous text “We should all be feminists”. Let´s hope we get to see this day!

WHY VIOLET IS THE COLOUR REPRESENTING FEMINISM?

There is an omnipresent color in this fight: violet. We see it on posters, banners, t-shirts, pins, and other garments at the feminists’ demonstrations and ads. This is the international color of the equal rights movement and the main color that the American suffragettes adopted as a uniform in the Washington march in favor of the Equal Rights Amendment.

But the association of violet color with feminism dates from much earlier. Specifically, there is a legend that links it to the color of the shirts of the ladies that manufactured shirtwaists at the Triangle Shirtwaist Factory. This place in New York was as close to sweatshop as you can imagine and there, a terrible event happened: a fire. On that 25th March 1911, 146 women died burned. The terrible deaths were attributed to the bosses. They, for some reason, had locked the fire exits. It sounds similar to the Rana Plaza, right? See the little video the History Channel had on this happening that could have been avoided.

But how is violet connecting to this terrible incident? This same story tells that the smoke that came out of the factory and could be seen miles away was precisely violet.

Even though the majority of people working in the fashion industry are women, it´s still run mostly by men. “Only 14 percent of major brands are run by a female executive” (Business of Fashion survey of 50 global brands). Many of these women, who do achieve higher positions, declare that there is a moment in their career in which building a family is not compatible with professional growth. The world has been talking about this, but no consensus has been reached. Some countries in Europe have taken the lead but to this day, gender still has a huge impact in the workplace.

Women´s Day is a day to join some of the feminists’ demonstrations and claim what is left to be done when it comes to women´s rights. Politicians have the chance to see the extent of the problem and act. Feminism will work relentlessly to unite us all.

At Goshopia you will find that not only is a female-founded business. But also that most of our brands are led by women. Brave and Remarkable ladies that know what they are capable of and have taken a step forward sharing their amazing designs and slow and sustainable philosophy with you. As a collective, I can proudly say We are Remarkable! See below some of our female designed products.

Remember the women textile workers strike back in 1857 or the Triangle Shirtwaist Factory Fire? Unfortunately, this is still a reality in many factories. Low wages, and long working hours in unsafe conditions. It is a must for us that all Goshopia´s pieces are free of modern slavery. That is how we honor one of our 3 S´s: Socially Responsible brands.

Now, from our green (and violet!) heart to yours… Happy Women´s Day!

Subscribe to our newsletter and join the army of conscious fashionistas that care for the enviroment and still look fab! 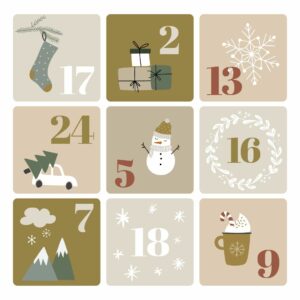 Welcome to our Advent Calendar! 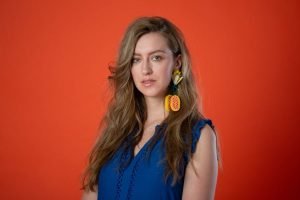 HOW TO SHOP SUSTAINABLE CLOTHING 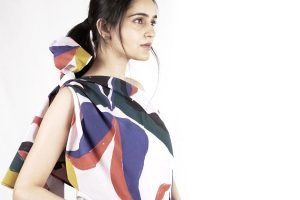 NEW DROP! AMAZING SCARVES & BAGS YOU CAN NOT MISS 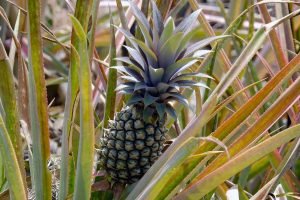 BEST PINATEX PRODUCTS & HOW TO TAKE CARE OF THEM

Help us spread the word! Share the article with your friends and family on your social media! We will be forever grateful! 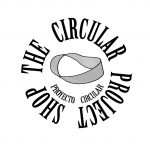